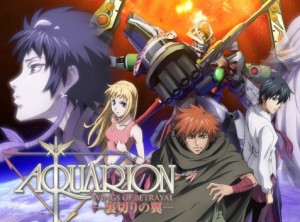 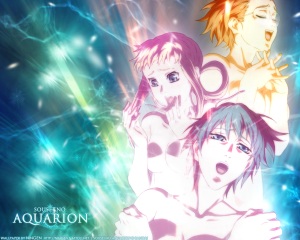 My loves in life are horror movies, metal, and science fiction. But that's not all I will be reviewing. I'm going to run the gambit on movies, music, books, and maybe a video game or two. Whatever I can get a hold of, I'm going to review, new and old. You can take my opinions if you want, but in the end, it's what you decide. END_OF_DOCUMENT_TOKEN_TO_BE_REPLACED
This entry was posted on Saturday, May 14th, 2011 at 5:13 AM and tagged with all-star cast, angels, anorexia, Apollo, Apollonius, Aquarion, Brandon Potter, Brina Palencia, Celiane, Cherubim, Christopher Bevins, Christopher Sabat, Colleen Clinkenbeard, cosplaying, DEAVA, Earth, elementals, episode premises, Eric Vale, footballer, Gen Fudou, generic mecha anime, Genesis of Aquarion, Gundam-like, hispanic, human harvesting, humans, Jun Lee, Laura Bailey, mecha anime, mechanized battle suit, mixed feelings, Pierre, psychokinetic, Reika, reincarnations, sexual obsession, sexualized merging, Shadow Angels, Silvia, Sirius, slow progression, Solar Wing, strangely devised, Todd Haberkorn, Travis Wilingham, Tsugumi, virginity, voice actor, wind sword, Xam'd and posted in Anime/ T.V.. You can follow any responses to this entry through the RSS 2.0 feed.
« The Mummy/Mummy Returns: The Greatest Thing to Happen to Archeology and Egyptology Since Indiana Jones
Silent Hill: The Movie of the Video Game that Freaked Me Out »

3 responses to “Aquarion/Genesis of Aquarion: Bad Plot/Characters, Yet Redeemable… Sort of”