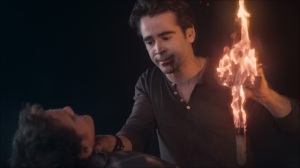 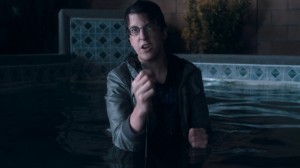 My loves in life are horror movies, metal, and science fiction. But that's not all I will be reviewing. I'm going to run the gambit on movies, music, books, and maybe a video game or two. Whatever I can get a hold of, I'm going to review, new and old. You can take my opinions if you want, but in the end, it's what you decide. END_OF_DOCUMENT_TOKEN_TO_BE_REPLACED
This entry was posted on Saturday, February 4th, 2012 at 6:44 PM and tagged with 2011 Remix, 28 Weeks Later, Adam, airhead tool friends, Amy, Anton Yelchin, bad lighting, Charley Brewster, childhood hero, Christopher Mintz-Plasse, Colin Farrell, damsel in distress, dark vampire movie, David Tennant, Disney movies, Doctor, Dr. Who, dumb girlfriend, Dungeon Master, Ed, fantasy, final showdown, first scene, fraud, friendship, Fright Night, high school mood, horror comedy, Imogen Poots, Jane Eyre, Jerry, kid actors, LARP, Mom's Got a Date with a Vampire, new Batman movie, next door vampire, not a fan, not truly vampires, occult, old school, original 1985 version, Orphan, Peter Vincent, poor cinematography, remakes, sex appeal, Superbad was bad, supernatural, The Nanny, The Riddler, thriller horror movie homage, Toni Collette, typecast forever, vampires, Will Denton and posted in Movies. You can follow any responses to this entry through the RSS 2.0 feed.
« The Change-Up: Surprisingly Heartwarming
Leprechaun 5: In The Hood »