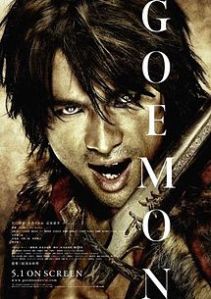 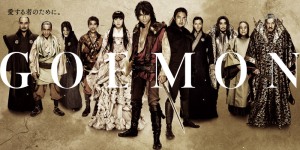 My loves in life are horror movies, metal, and science fiction. But that's not all I will be reviewing. I'm going to run the gambit on movies, music, books, and maybe a video game or two. Whatever I can get a hold of, I'm going to review, new and old. You can take my opinions if you want, but in the end, it's what you decide. END_OF_DOCUMENT_TOKEN_TO_BE_REPLACED
This entry was posted on Sunday, May 20th, 2012 at 9:13 PM and tagged with American audiences, anime like, army, at odds, bigger role, Brotherhood, comedy on cue, destruction, Dragonball Z, dramatic deaths, duty, Eiji Okuda, English anime, English dubbed cast, entertainment value, epic film, face-off, feelings and emotions, foreign actors, foreign film, friends in the end, Funimation, Goemon, good dub, good score, honor and strength, Japanese play, less blood, love and betrayal, loyalty, major slaughter, movie delivers, multi-layered, ninja brothers, no kill scenes, Nobunaga Oda, not choreographed, over the top action, overly dramatic, political, Princess Chacha, rivals, royal coffers, Saizo, shed a tear, small box, special effects, status, stylistic violence, Takao Osawa, The Flash, three huge fight scenes, Tony Jaa, Toonami, Toyotomi Hideyoshi, voiced by Christopher Sabat, voiced by Troy Baker, young ruffian, Yu Yu Hakusho and posted in Movies. You can follow any responses to this entry through the RSS 2.0 feed.
« Clannad: After Story
Blue Gender: The Warrior »