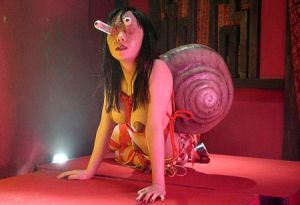 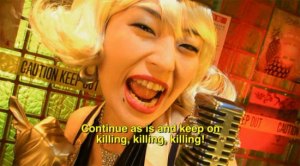 My loves in life are horror movies, metal, and science fiction. But that's not all I will be reviewing. I'm going to run the gambit on movies, music, books, and maybe a video game or two. Whatever I can get a hold of, I'm going to review, new and old. You can take my opinions if you want, but in the end, it's what you decide. END_OF_DOCUMENT_TOKEN_TO_BE_REPLACED
This entry was posted on Friday, July 6th, 2012 at 1:02 PM and tagged with A Serbian Film, anime feel, anti-suicide ads, blood and carnage, blood spurts, bordello, boxcutters, chainsaw, comedy, creature villains, cult classic, cut in half, dark infomercials, destruction, dismemberment, disturbing scenes, Eihi Shiina, Engineers, Evil Dead, evil mad scientist, evil plot, excessive, fantasy, fun, futuristic, gory weapons, great magnitude of gore, grotesque, Hara-kiri, have to see it to believe it, hidden past, horror gore genre, human body, in awe, Itsuji Itao, Japanese police force, Japanese ritualistic suicide, Japanese wonder, katana, kawaii, key tumors, Kingdom Hearts, laughable, lovede every minute of it, loving it, M for Mature, macabre, messed up gore, never takes itself seriously, over the top, privatized police, ridiculous gore, RoboCop, Ruka, satirical, so much gore, strange, swept away, swords, task force, Tokyo Gore Police, tongue in cheek, unrealistic corpses, venus flytrap, warped body images, wrist cutting and posted in Movies. You can follow any responses to this entry through the RSS 2.0 feed.
« Close Encounters of the Third Kind: My Father’s Take
Almost Heroes »