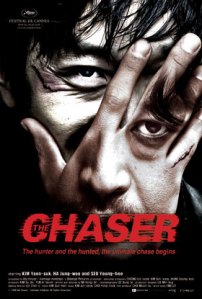 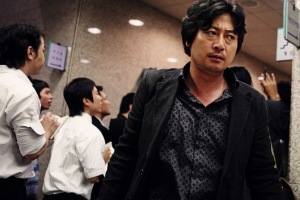 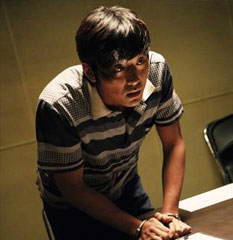 My loves in life are horror movies, metal, and science fiction. But that's not all I will be reviewing. I'm going to run the gambit on movies, music, books, and maybe a video game or two. Whatever I can get a hold of, I'm going to review, new and old. You can take my opinions if you want, but in the end, it's what you decide. END_OF_DOCUMENT_TOKEN_TO_BE_REPLACED
This entry was posted on Tuesday, July 10th, 2012 at 6:06 PM and tagged with based on an actual serial killer, brutal, cat and mouse game, Chan Wook-Park, chilling serial killer performance, Choi Min-sik, dark and heart pumping thriller, dark Asian films, debut film, Eom Joong-ho, Eun-ji, evidence, ex-cop, fair and human punishment laws, former cop, good thriller action stars, Ha Jung-woo, high stakes, Hollywood, I Saw the Devil, Infernal Affairs, Je Yeong-hee, justice, Kim Yoon-seok, Korea, ladies of the night, Lee Byung-hun, Leonardo DiCaprio, Martin Scorsese directing, murders, Na Hong-jin, new faces, not a slasher film, not that much gore, original Asian film, pimp, police, police skills, poor remakes, powerful acting, psychological thriller, refined and elegant, Revenge trilogy, sadistic killer, seedy underbelly, Seoul, severe beatings, shortcomings of the law, Song Kang-ho, Streets of Seoul, subtitles issue, Sympathy for Lady Vengeance, The Chaser, The Departed, twisted film, U.S. remakes, warrant and posted in Movies. You can follow any responses to this entry through the RSS 2.0 feed.
« The Others: A Childhood Nightmare
The 40 Year Old Virgin: Simply The Best »

One response to “The Chaser: Korea Keeps Kickin’ It”