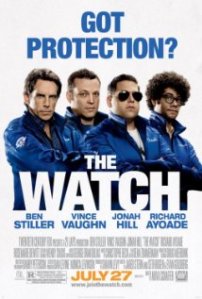 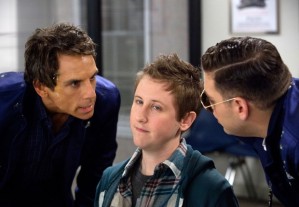 My loves in life are horror movies, metal, and science fiction. But that's not all I will be reviewing. I'm going to run the gambit on movies, music, books, and maybe a video game or two. Whatever I can get a hold of, I'm going to review, new and old. You can take my opinions if you want, but in the end, it's what you decide. END_OF_DOCUMENT_TOKEN_TO_BE_REPLACED
This entry was posted on Thursday, August 30th, 2012 at 1:22 AM and tagged with absurdist comedy, aliens, American cinema, angst, badass, beer, Ben Stiller, Billy Crudup, Bob Finnerty, bongs, British comedian, cops, creepy neighbor, criticisms, dad, Evan Trautwig, experiences, ficticious town, focuses on the humor, Franklin, geeky attitude, Glenview Ohio, home state, intelligently witty, Jonah Hill, justice, juvenile, Latino night guard, man cave, Moss, mundane town, Neighborhood Watch, off the walls, Ohio, perfect pacing, poor plot, Predator, Richard Ayoade, Seth Rogen, skinning, small American town, sports fan, stole the show, The IT Crowd, The Mighty Boosh, The Watch, this movie delivered, tip of the hat, town with nothing to do, typical suburban neighborhood, UK, Vince Vaughn, vulgarity, Will Forte and posted in Movies. You can follow any responses to this entry through the RSS 2.0 feed.
« Stan Lee’s Superhumans
Sherlock Holmes: A Game of Shadows »

2 responses to “The Watch: Richard Ayoade Needs to be Talked Up”