I had a strong desire to see this movie when it came out, but if I saw every movie I wanted to when it came out, I would be poor. Thank you, Netflix. Anways, Vanishing on 7th Street had its ups and downs for me as I was watching it. To classify it as a thriller over a horror movie would be accurate, as it didn’t have too many bumps or jumps.

Something’s wrong… is it my acting?

There is one scene that may frighten you (I was wearing headphones and sitting too close to my computer), but overall there really only is one. Supernaturally it’s interesting, but the plot left something to be desired.

Let me explain. When I watch a horror movie, by the end, 9 times out of 10, I want the horror to be delved into or explained. To leave it open ended leaves a bad taste in my mouth. I want the origin story of the evil force at least. Where did these beings come from? Why are they here? Why do they need to frighten and kill? What will they do?

Little Ani, you did your job.

This movie didn’t give any of that. In a series of postulations, Vanishing on 7th Street entered in with this ungodly being/s that took away probably 99% of the world’s population. Paul (John Leguizamo) is just chilling up in his projection room, minding his own business, with his head-lamp on. Everyone in the mall disappears and nobody knows why. Cue Chris Bosh the actor and the scariest moment in the film. We head over to Rosemary (Thandie Newton) and her search for her baby, Manny. Then hit up Luke (Hayden Christensen), the lead actor in this horror shin-dig and you have yourself 3 of the last 4 people remaining in… Detroit? I have no idea…

After three days of darkness and people being taken away, you already knew after the first scene that anyone with a

That rave was a bit too redonk…

portable light was going to survive. It was self evident. What you didn’t realize is how fast Hayden Christensen would adapt and become a hardened badass about the whole thing. None of them know what the hell is going on, but they will for damn sure survive longer than I’ve seen anyone in a supernatural thriller. Go get ’em.

The acting wasn’t bad overall. I usually rag on Hayden Christensen for his ruining Star Wars, but he did his job well in this one. He was the brutal survivor everyone needs on their team in this one, and rightly 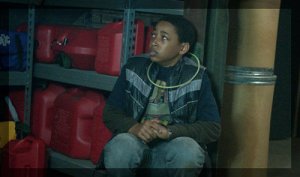 Probably shouldn’t crouch by all that gas…

so. Thandie Newton was the beautifully tragic character that has to, of course, hold onto her religion in order to survive. (There’s always one in every bunch…) And then there’s John Leguizamo. He needs to stick to just doing Sid in Ice Age, because his acting wasn’t contributing anything in this live action. Jacob Latimore, he was a pretty damn good child actor in this one. Bravo.

So without much explanation of delving into the topic, Brad Anderson skirts around the issue that every horror film should explain/explore at the end. Sure everyone in a movie can die, but you have to then have some sort of closing argument for why it all happened. In the

That plane be tankin’.

world of Hollywood, people don’t feel comfortable with unexplained evil for evil’s sake. There has to be a motive, a reason. If all you can come up with is Roanoke Island, you are sorely mistaken. And Brad Andersen directed The Machinist for Sweet Baby Ray’s sake! A hit and a miss, this movie holds the middle of the road for all the promise it held, and not giving away anything in the end. 6.2 out of 10. 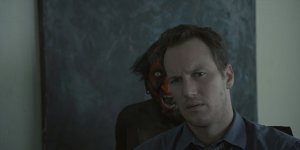 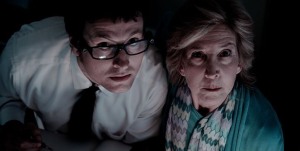