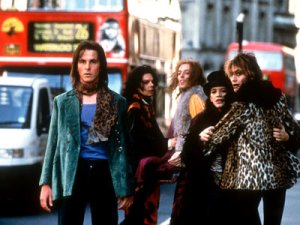 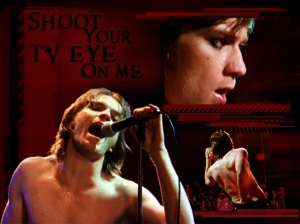 Bodyguards and Assassins: Poetry in Revolution

This foreign film from Hong Kong is a diamond in the rough on Netflix. I really gotta hand it to the foreign film section of Netflix in general. Whenever I wanna go for a movie that I didn’t even know was critically acclaimed, I check that shizz out. This movie surprised me. Me and my roommate Ian (that infamous Ian of my other blog posts) we love foreign martial arts films. We absolutely lose our shit when we watch these. And this one was like, “Okay, I’ll deliver that. But guess what. You’re going to feel like a G.D. revolutionary after you watch this film. Just wait.”

And wait we did. With a sweeping and dramatic 2hr. 20min. dramatic climax into some dramatic action scenes, this movie delivers intellectually and

There's definitely some of this.

emotionally. You may think, “Hm, Bodyguards and Assassins huh? Sounds like a straight ahead martial arts mind destruction machine.” And it should make you think that. Because that does happen. It teases you with a bit about 45 minutes in, but the last hour of the film really gives it to you on a grand scale.  In a historic context (they mention actual people and death dates in the movie, so many non-fiction?) this movie enters Hong Kong in a time of revolution and a call to action. This wonderful film pushes just what it means to sacrifice for your beliefs and what needs to be done to do so.

A time of revolution.

The plot of the film, as me and my friends struggled to understand at first, is that of a man named Sun Wen. This intellectual revolutionary intends to head to Hong Kong and debate on the issue of China’s corrupt Qing dynasty. With no safety and no secure way to get him into the city, a handful of citizens take up the call and arms in order to safeguard their country’s future. Headed by Chen Shaobai (Tony Leung Ka-fai) and Li Yutang (Wang Xueqi), these two older men who finance and head the revolution place their lifelihoods and lives on the line in order to see justice delievered.

The rickshaw driver makes his worth known.

With a unique cast with so many characters from so many parts of this small section of Hong Kong, it can be a hassle to try to keep them all straight. I had trouble myself, but I felt that the individual attention to storylines and amazing costumes and design really individualized each character. With each character came a heartful angle and allows audiences to connect. Not in a sappy way but in a way like… Black Hawk Down. You know they may not all survive, but you have hope and the want for them to do so. Everybody can have their favorite character, and it all works out.

And finally! Here comes a cinematographic film with great fight scenes not

What a picturesque scene.

directed or relating to Ang Lee. And no John Woo doves either. From director Teddy Chan (this guy has been busy since 1981…) and writer Peter Chan and Huang Jianxin (related? Not gonna assume due to racism…) comes a film that was worth the hype I didn’t hear and the Hong Kong Awards I didn’t know it won. 35 nominations and 13 wins from 4 different award affairs? Word. The action scenes though! Leave it to the Asians to make a hooked and metal linked harpoon into a deadly assassin weapon. Some of the fighting may have appeared overdramatic, but it led to a movie I would consider to be worth every minute.

What a great cast. Word.

I can’t talk specifically about the acting, but for most of the cast to be nominated for best actor or best supporting actor, I think, speaks for itself. As in most foreign films, I take the emotions I see through the characters actions and faces to be the true bridge between the gap in language. Another thought goes out to a good subtitled translation. It better sound more poetic than what they’re actually saying to work. If it sounds to corny of colloquial for even an American audience, it won’t cut it.

But this movie is definitely worth the watch. The beginning is slow with development, but it is well worth it by movie’s end. For those who love a good period piece that really has the feeling of the time its set in, check this out. And for those who love a damn good thrashing when it comes to action, be patient. It’s coming. Seeing as this is acclaimed and I loved the shit out of it, 9.3 out of 10 for a movie about Bodyguards and Assassins. Get some.