After having watched and loved bother series of Karl Pilkington’s An Idiot Abroad, I went off in search of more material featuring Karl. I stumbled upon this show on HBO in a hotel room one night, and I had to check out the rest of it. Watching the progress of Karl from his pre-Idiot days to his post was quite the experience. He’ll always be a bit of a buffoon, but he’s a lovable guy with his own ideas. Leave it to Gervais and Merchant to make him look like one of the biggest raving lunatics on the face of the planet.

So there’s a basic progress to this show. Stephen Merchant, Ricky Gervais, and Karl Pilkington all sit around a table,

His head is rather round…

having “pointless conversations” about whatever seems to come to mind. The filtered through hours of audio and found these sections to be the best. This was thus turned into an animated series, after having been the world’s most downloaded podcast. I’d call that a pretty damn successful feat.

The first series was rather good, seeing Karl as this idiotic manc (I don’t know exactly what that means…) trying to get his ideas across to Stephen and Ricky. Through the use of literal cartoons, Karl’s ravings are turned into stylized representations with the voices supplied by the three of them. Most of the time Karl is interrupted by the other two for being just too stupid, but when Stephen lets Karl roll with an idea, you have animated magic. I can’t even handle it sometimes.

There’s Monkey News (always supplied with a jingle from Ricky), Karl’s Diary (the written down ravings of a lunatic), and a bunch of other topics that take us throughout the mind of Karl and just what Merchant and Gervais think of him. Gervais considers Karl to be his gift (or curse, either way…) to the 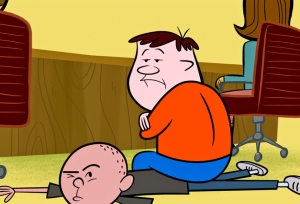 world and just what a twat he is. His words, not mine.

I think it is only after An Idiot Abroad that Karl actually came into himself. You can tell that he has more of an opinion and more to say more often in the third series. You feel bad for him (if you have any background on him) but you wonder why there is someone in the world that is as boring as Karl. It really is unbelievable. This show proves it, and it’s just great to listen and laugh to. (Nice to look at sometimes as well.)

Every episode ends with Ricky and the last laugh.

So, if you have the opportunity to catch this show (HBO, HBO Go, etc.) then you should. If not, catch clips of it on Youtube for a true taste of the idiocy. Karl Pilkington will truly make you think in a whole different way. I guarantee it. He’s not far off from having actual revelations and epiphanies, but he damn well says what he wants to say. He is a man of the people. And I still wanna meet him. 8.2 out of 10. 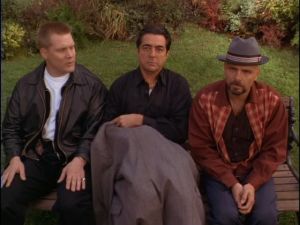 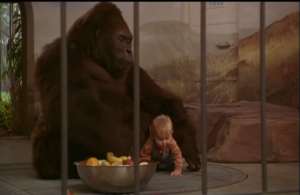 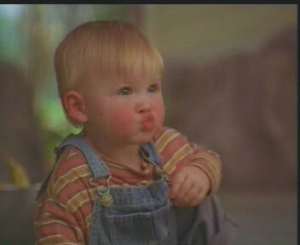