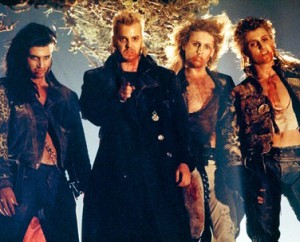 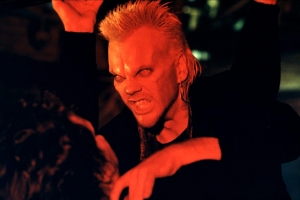 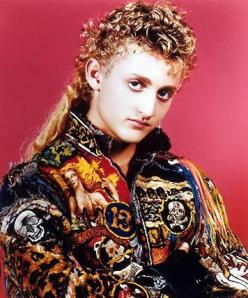 Let me first start off by saying that this show isn’t for everyone. If you don’t find dark, off the wall, probably funny if you were high or on large doses of acid, absurd humor funny without the addition of narcotics, this show is probably not for you. After I had spent time ritually watching Tom Goes to the Mayor (This is a blueprint stop motion animated short show in which Tom/Tim Heidecker goes to the Mayor/Eric Wareheim.) I found out about this show. I had only seen one segment prior, and my friends at school would laugh about the new episodes every Friday in school. But yes, my first and only image of Tim and Eric Awesome Show Great Job! was Chippy, the baby with a mustache that screams when spotted. I knew I had to check out this entire show.

And so I did. 5 nights, 5 seasons. Series 1 through Cinco. There was many a time I was frightened, and  many a time I pooped my pants in laughter. My roommate Ian and I (he’s my movie/T.V. show buddy, we watch everything together) spent a week straight laughing for the hour and 40 minutes that was Tim and Eric. Frankly, this show has great actors, great characters, and great, absurd humor. I greatly applaud Tim Heidecker and Eric Wareheim for their work.

Every season consists of 10 episodes that are 10 minutes each. Eric and Tim play themselves, they play stock characters, they bust out the outrageous character or two. There’s really not anything to ruin as far as spoilers go in this show. Nobody dies (or stays dead for long) not really any continuous plot from episode to episode. It’s all about the absurdity and low quality/college campus acting and effects.

Best stock characters. Yes. We have James Quall, the horrific, dull, doll-like impressionist who loves Cosby and spaghetti and meatballs. David Leibe Hart, the man picked right off the streets for his work with ventriloquism assisted by the most frightening dummies known to man. Richard Dunn, the cantankerous old man who is always on the verge of kicking the bucket. Pierre (Ron Austar), the dad obsessed funk dancer who loves meat, but not

when it’s spoiled. And of course Chippy, the hirsute baby with the greatest scream on the face of the planet.

And it’s not just these drifters off the street that make up the show. We also have character/T.V. show/movie actors and other celebrities that make special appearances based on the episode. Of course there’s Dr. Steve Brule (John C. Reilly) with

Brule’s rules and the varying segment where he drinks some wine or makes a panini. Tairy Greene (Zach Galifianakis. I feel like this is what made him popular.) the actor/director who shouts at children and dances as he flies through the air. Will Grello (Will Forte), the man who is haunted by his childhood and occasionally lets us into his brain to view his nightmares. Also of notable interest, David Cross who shows up as a pizza boy in a porno, a celeb exec, and a crazed old man who attaches paintbrushes to cats.  There’s Josh Groban, singing the best of Casey Tatum and his brother, Marilyn Manson without makeup as the dark man, Rainn Wilson, always as some creepy character, and Paul Rudd, dancing it out on his computer to himself. There’s also a little scene you may discover interesting when Tim and Eric battle in tennis and they have stunt doubles. Check it out for yourself.

And if that doesn’t catch your interest with that laundry list of great actors and celebrities, there are the stock characters that Tim and Eric perform. There’s Jan and Wayne Skylar, Channel 5’s best married news team, although they don’t show up as much as I’d like them to. (Tim Heidecker always plays really good soccer mom looking women and such.)

Spagett, one of the greatest characters that Tim portrays, a balding, pony-tailed man who jumps out and spooks people with a “Spagett!” The Beaver Boys who can’t resist a good shrimp and white wine. Casey Tatum and his brother, always performing on Uncle Muscles’s (Weird Al Yankovic) Hour. This is consistently my favorite sketch and it’s great when they literally have Josh Groban on to do his own renditions of Casey’s songs. And I could go on. Every sketch is great along with every episode. The only part I would recommend skipping is the Women’s  Afternoon Review.” Those sections disturb me, and I don’t mind 99% of the things I see on T.V. and movies.

What more is there to say about Tim and Eric. They take things far beyond any other show I’ve ever witnessed. (Man milk, puberty, eating their own boogers, etc…) They practice their scenes, I’m sure, to such a great degree that every action and gesture is done is such a way that it’s absurd, awkward, too long, and yet hilarious nonetheless. Their humor destroys. The have good guest stars. The premises of their episodes make no sense. And I would consider this among the top 10 funniest shows that have ever been on television. 9.7 out of 10. Check it out. Great Job!

And here’s my Chippy.