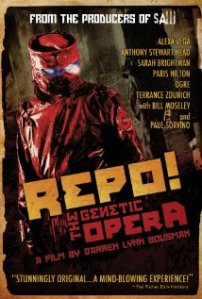 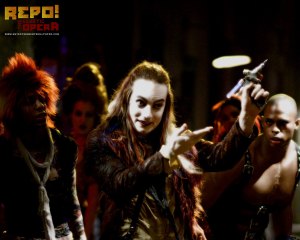 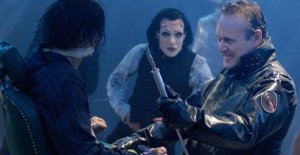 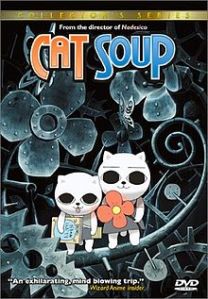 This little gem from Tatsuo Sato is the story of cats. It’s a messed up story about cats. These cats are strange. There’s a family of them. And a pig. Which they eat. By unzipping him. It’s strange. But at the same time cute. Yeah…

Anyways, basic plot is that the little boy cat goes on a journey with his brain dead sister (who has only half of her soul recovered) to recover the other half of her soul. The go to a circus, travel on Noah’s Ark, meet the most sadistically crazed man I’ve ever seen, and witness some ending of the world. You could say the little cat-boy really loves his sister.

Coming into this, I gotta tell ya, the trailer for this was freaky. And it ended up being so. Not all that freaky, but more the disturbingly quirky route. I mean, these two cats cannibalize and beat to death a pig, who seems to be their friend. He gets destroyed. Hardcore. Obliterated. And he takes it like a champ. You gotta give some props to a character in a short film whose only purpose is to die so that others can live.

And yes, this anime has some allusions to global warming or a second flood.

Just in general some environmental end of the world. I don’t get it. But it was a cute little 32 minute film to watch. The characters are quite cute. The music that accompanies the characters is also quite powerful and moving as well. Although there are no audible lines, there are a few thought bubbles here and there, the anime is purely visual.

In all honesty, this short anime film was a breath of fresh air. I rather enjoyed the morbid humor and unique transformation of images that occurred throughout. It’s short and grabs your attention for every minute and, in that way, not a minute of the film is wasted. You can walk away from it however you like, but it’s a nice little horrifically surreal cat film. Worth a watch. 8.3 out of 10.