My Rifftrax Experience in Theaters 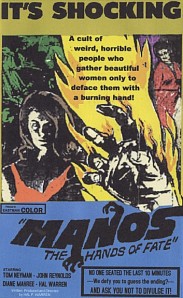 A few weeks ago I was treated to an amazing experience in theaters that I never thought would happen.

I am a huge fan of Mystery Science Theater 3000. I would wake up early on the weekends in order to watch this show on Syfy (known back in the day as Sci-Fi… I think…) and laugh until my sides hurt. The basic premise of the show? A group of three talented off-the-cuff comedians would sit down to a really crappy older sci-fi/fantasy film and dub over it, making fun of the situations with one liners and references. Coming from a very nerdy sense of humor, this show really hit home.

And then, as if out of nowhere, MST3K reappeared on my radar. And this time, in theaters. On several events, the guys from Rifftrax would simulcast live to Regal Cinemas all over the country and riff things live that they thought of during the movie. At first I was hesitant to watch this among other people (most of them were sad and fat nerdy people), but then I forgot that as the lights went down. 80% of the jokes were well timed and golden, leaving me with tears in my eyes. My whole family loved it and I was over the moon about this fantastic return to my childhood.

In this particular instance, we watched Manos: The Hand of Fate. Considered one of the worst movies of all time, I was dying at the movie and everything said. It was wonderful.

For more on the movie, check out the link below to Wikipedia:

I loved the experience and I would encourage other sci-fi/fantasy/nerd culture fans who love great high brow comedy to come to these events and laugh with everyone else. It’s like coming to see a comedian, and walking away with a great movie watching experience. My experience, 10 out of 10. The bomb. 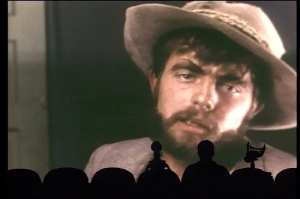 Thanks a ton, MST3K.

The Flight of the Conchords (Season 1)

I love Flight of the Conchords. They’re a great novelty band. They’re great comedians. They eek awesome. Ever since a few years ago when my friend played “The Distant Future” in the car for me, I’ve fallen in love with the entity that is Flight of the Conchords. I think it might have only been a few days after I heard that song that I went out and bought the first season of the show. And it became one of my favorite shows almost instantaneously.

Bret McKenzie and Jemaine Clement are Flight of the Conchords, a New Zealand folk band, trying to make in New York City, living out of a small flat. With the help of their band manager/consulate worker Murray, (Rhys Darby) the band tries to find gigs, women, and on-stage glory.

Best part of this show? Music videos hidden in the show as plot. Yes. I don’t say this often but: FTW. Every song gets better and better as the show goes on. Besides The Distant Future, there’s The Most Beautiful Lady (in the Room). Rhymnocerous vs. Hiphopapotamus, Mutha’uckas, and Business Time, one of my all time favorites. In the middle of doing something or as a scene allows, the guys will break out in song, directing their attention to the outside audience, serenading watchers with their hilarious songs. I know I’m writing this many years after the first season and the subsequent release of the second two years later, but a review of the second season will be forthcoming. (I am reviewing this season on my 4th watch.)

Besides the hilarity of Bret, Jemaine, and Murray, we have an all-star backup cast. Arj Barker is ridiculous as the Indian bad ass pawn store owner Dave, Kristen Schaal is always creepy as the Conchords’ obsessed fan, Mel, and Eugene Mirman, a sort of obese Gollum look-alike, always delivers with his occasional lines as the guys’ landlord, Eugene. Even after I just told you all this, I haven’t even given the kicker. Demetri Martin guest stars in the last episode. Okay. Now you can cry with joy.

Every episode is amazing. The Sally episode starts the series off great. There’s the Mugged episode that makes me laugh every time when Murray says “He maybe dead (did).” The Bowie episode is fantastic with a spot-on impersonation of Jemaine as Bowie, Haziz Ansari guest stars as a fruit store owner racist against Kiwis, AND the guys go on tour in airport lobbies and hotels. There’s even an episode based around the Lord of the Rings, the stigmatized view of New Zealand and its association with Tolkien. (Fun Fact: If you own Return of the King, pop that sucker in and go to scene selections. Click on the third scene: Arwen’s Vision and watch it for a while. You should find an elf with two lines, begging Arwen to keep moving. That elf? Bret.)

So what more is there to say about this show. I can’t say enough. This show is redonkulous. Seriously. 10 out of 10. Go out, buy it. Watch it throughn 100 times. You’ll always laugh.

And for your enjoyment, the best song, hands down, from the first season.