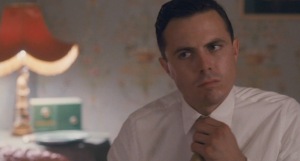 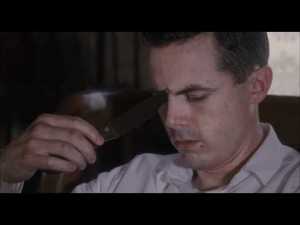 The Trip: A Short Review 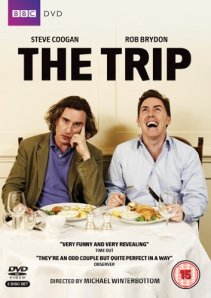 Here’s a little interesting film I enjoyed with my mother and fellow blogger (see the side of my blog for her page) about the wonders of Steve Coogan and Rob Brydon. In a great move by these two fantastic English actors, a show these two did a few years ago was edited down and turned into a “best of” compilation of their hilarious interactions in this film simply called The Trip. In this movie, Steve Coogan and Rob Brydon expand on their characters of a hilarious movie they did quite a while ago, A Cock and Bull Story.

So Steve Coogan is at a lull in his career and decides to take a little break from whatever work may come his way. In order to impress his American girlfriend and try to get some action, he arranges to do a food tour around the U.K. But things go wrong. Coogan’s girlfriend backs out and Steve must find someone to go with him on this restaurant journey. Lo and behold, Rob Brydon an “acting friend” of his agrees to go along. Without any opportunity of furthering his career or relationship with his girlfriend, Steve Coogan must endure a few weeks with what he seems to consider Hell.

Let me just start off by saying that the Steve Coogan/Rob Brydon combo is just pure genius. A cynical downer (Coogan) and a middle of the road family man (Brydon) creates someone with nice comments and someone to shoot them down with a negative blaster. What’s more, this movie makes Steve Coogan seem like the crankiest, worst actor of all time. He puts himself in such tense, awkward situations, you ever wonder how he finds women to cheat on his girlfriend with. With his career in the dumps, you can expect absolutely no good ending for Coogan and Co.

Coogan at the crossroads.

But that’s the charm of the English and their humor. Not everything has to end so happy go lucky and perfect. What would be better now would be to watch the show and see how much of a spiral Steve Coogan goes through. (It wouldn’t be much longer than the movie, but it would still be legit.) Where the real humor comes in this film is the impersonations of Rob Brydon. And, not to be outdone, Steve Coogan attempting to correct the impersonations of someone far better than him. The imagined mediocre lives of these two characters comes to fruition as the tale continues to the point where the two are happy to return home more than anything else. And the Michael Caine impression. BEST SCENE EVER.

If you’re a fan of Steven Coogan and his films/shows:

then definitely check this out. I’m not as familiar with Rob Brydon other than A Cock and Bull Story, but he was well worth the watch for his comedic relief in one of the darker comedies I’ve ever seen. You really have to appreciate the down in the dumps/dump on myself comedy that Steve Coogan exudes. And I do. I find Steve Coogan, as I will review in the future, as one of the funniest men of *gasp* the world. Give him a try, he’s worth it. (And Rob Brydon.) 9.6 out of 10.