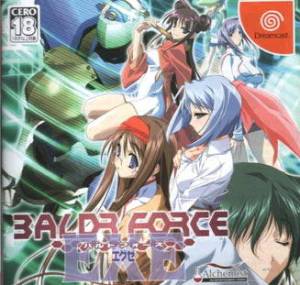 In this quick little 4 episode OVA, I was blown away by the breadth of this show that took a mere 2 hours to explore. And this is coming from an OVA that was based on a video game! With a beginning, middle, and complete end, this show summarizes (or does it?) or gives a complete new angle to a game I’d really like to play now.

So, Baldr Force EXE Resolution. It’s the story of Toru Soma, an ex-hacker turned good guy cop. He does this for his own motivations in order to catch his protege’s killer, located inside the police force. What he encounters is more than he could have possibly imagined. With 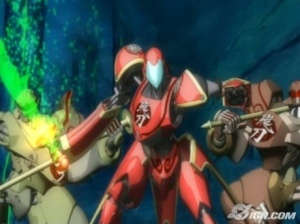 a past unfolding and new friends becoming enemies, Toru is forced to redefine what he considers real.

Despite the brevity of this show, I still consider it worth watching. It may move much quicker than most anime, but it performs well as a mecha/psychological thriller. Some characters perform well as side characters and need not be fleshed out, but others shine in their key roles that unfurl the story of the internet servers and what’s been menacingly destroying them.

Relying too much on that Fbook, right?

What I find most interesting about this show is its commentary on the interdependency of actual life events with what happens online. The two become so intertwined that it does sort of beg the quesiton, what is reality? Hate to say it, but in an almost Inception-esque way, this OVA suggests that people these days may rely too heavily on technology to get through life. (Hence, I should shut down my internet use and no longer give you my baller ideas on all things entertainment.)  Pretty smart thinking from a Windows/Dreamcast game made way back in 2003.

But I digress. I rather enjoyed the 3-D animation of the Simulacrums that people used to maneuver around the internet, and it really spoke to a mecha audience instead of a fake reality spin in which we as humans walk around on the internet. I like the consequence that was created, like in the Matrix (if you die in here, you die for real shizz) and it was a perfect balance of plot and action sequences.

What madness is going on here?

All-in-all, just check this little mecha OVA out and see if it stacks up against the computer game. If it does, let me know, I’d love to check it out for myself. I’ll give this Matrix/Inception/thriller mecha a 7.9 out of 10.