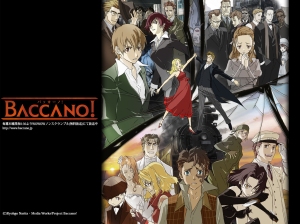 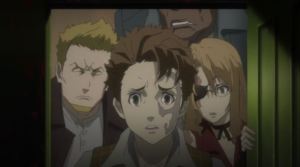 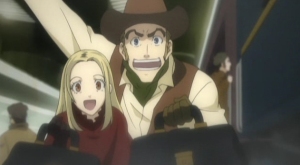 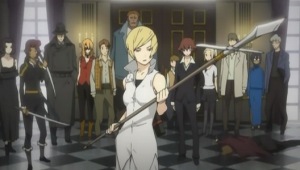 The Mummy/Mummy Returns: The Greatest Thing to Happen to Archeology and Egyptology Since Indiana Jones

So I just recently re-watched The Mummy and The Mummy Returns with my roommate and it was quite the nostalgic experience. I went back to a time where I used to be obsessed with the Eqyptians. I read books about them, I talk with my grandma about her trips to Egypt, she showed me slides, and, most importantly, I watched The Mummy series. I loved the story of Imhotep and how the story was interesting and at the same time based on historical evidence. The people, the places, the times of the Pharaohs, it was all real and interesting. And it was all set in the era of the archeologist. And automated weapons. What could be better?

So, basic plot of both films. Rick O’Connell (Brendan Frasier) and Evelyn “Evy” O’Connell, (Rachel Weisz) (Yes, they get married in the second. They even have a child! Imagine that!) accompanied by her brother Johnathan, (John Hannah) awake a mummy named Imhotep (Arnold Vosloo). He was never meant to be awoken, because of his travesties against Seti I. He was given the Hom Dai, the worst of all curses that transfers over into the afterlife. He fooled around with Seti’s wife-to-be Anck Su Namun (Patricia Velasquez) and killed Seti I. This story is all explained and re-explained in the two movies.

So Evy awakes Imhotep and the whole rest of the movie Rick and Evy race around Egypt attempting to stop the creature. 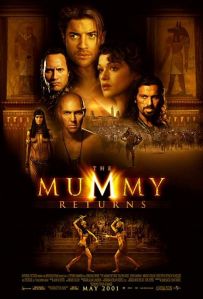 And thus does the first one end. What’s nice about the second one is that it picks up from a point later on, and now Evy and Rick have a kid in tow. Their little “bundle of fun” Alex (Freddie Boath) puts on the Bracelet of Anubis and awakens the Scorpion King (Dwayne “The Rock” Johnson) who will bring about the next apocalypse. Those are Ardeth Bay’s (Oded Fehr) words, not mine. So this movie is about Rick and Evy vs. Imhotep in their race to the lost oasis of Ahm Shere to stop/utilize the Scorpion King’s army.

And these nice little action/adventure plots are what makes the movies. They’re not hard to follow, the keep up the suspense and action, and they’re academically infused with a bit of mythology and history. All based around the idea of a mummy coming back to life. Frightening, and at the same time mesmerizing.

I might be a little biased in my review because I grew up with the Mummy series, but these movies are quite fantastic. And no, I’m not including that hulking piece of garbage known as The Mummy: Tomb of the Dragon Emperor. That thing was awful. There’s no Rachel Weisz, the plot is rocky, there’s no Egyptian aspect to it, it’s just trash. If I had to do it, I would compare it to Indiana Jones and the Temple of Doom. Not as bad, but really detracted from the Indiana Jones series. But yes, The Mummy/Mummy Returns are quite fantastic in their scope. They use the history of the Pharaohs and the rituals of Egypt to spook and entertain. Setting it all in a early 1900’s era gives it that age of discovery and adventure around the world. And the use (?) of actual (?) locations really ties it all together. (I don’t know if it was filmed on location, but I do like all the pyramids.)

Brendan Frasier at his finest.

And the acting, quite frankly, is some of Brendan Frasier’s finest. He’s witty, but at the same time he can be serious. But I feel like that’s the way this movie was set up. It has the witty, corny lines (to a degree), but at the same time it has its serious parts and serious acting shines through. Rachel Weisz is always great (I can understand why she did resign for the Dragon Emperor) and John Hannah (although Scottish) does quite a good English accent. Probably not the point, but you can only see a little Scottish that pops through throughout the films. Oded Fehr is amazing and does a great job as an Egyptian Medjai. Kevin J. O’Connor always makes me laugh as Beni in The Mummy and whenever Rick O’Connell deals with him is great. I really appreciated Patricia Velasquez’s acting in the second Mummy as Anck Su Namun, trying to pretend to be a reincarnated version of herself. And the list goes on with cameos and small supporting roles that are all quite great.

So if you haven’t already seen these films, check them out. They’re worth the watch and are great for their entertainment value and scope in what they deal with. A definite 8.9 out of 10.