The Air I Breathe

Every time I watch this movie, I’m surprised at how simplistic it is. It follows a very simple storyline between four characters and never veers from that path. Focusing on human emotions and the tribulations we all face (although the cases may be extreme in this case) it’s a movie where the acting and humanistic side aren’t far off. Add elements that make it a worthwhile plot, and you have the makings of a film debut by Jieho Lee in his first film.

The entire film is based on an ancient Chinese proverb. Life itself is made up of four emotions. Happiness (Forest Whitaker), Pleasure (Brendan Frasier), Sorrow (Sarah

A well known cast with a bit of heart.

Michelle Gellar), and Love (Kevin Bacon). Each of these characters are represented on a hand, all connected by fingers (Andy Garcia). Through four separate “mini-stories” played out in an intertwining fashion, we gain insight into what the Chinese proverb means. 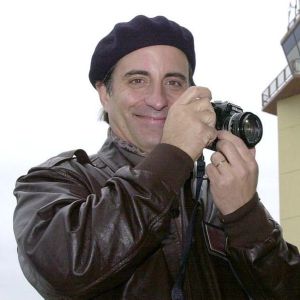 Hey may look friendly here, but he seems always frightening in his films.

Here’s something I don’t get though. Most critics gave this a bad review. They said that the all-star cast didn’t give enough of a boost to the film. I don’t think the cast or any of that hullabaloo had anything to do with this movie and how it did. This movie focuses on the plot. Seeing as its a character driven plot, the characters fuel and progress the story by their emotions and actions (finally discovering the emotion they represent by their part’s end). People say Brendan Frasier is a terrible actor (excluding The Mummy Series, of course. If you think those are bad, you have no idea what a good action movie is.) but I think this movie proves that theory wrong. Brendan Frasier plays an atypical character to what he normally plays. He’s not a muscled buffoon or frozen caveman come to life. He plays a thug, sure. But he plays an introspective thug who thinks before he acts. He has emotions and feelings you don’t normally see in a Brendan Frasier vehicle,

Give her the nod for this one.

something I’m proud to say he did very well.

There are other reasons this movie is good. Andy Garcia, how can you ever go wrong with that? He’s a frightening mobster man in whatever he does, and I’d personally never want to cross him. Forest Whitaker plays outside of what I think his normal roles are with his timid and almost asthmatic accountant position. Sarah Michelle Gellar was at least applauded for this movie, which I think was justly deserved. Kevin Bacon, well, he’s just Kevin Bacon. Combine interesting roles with an uncanny cadre of actors and you have yourself an interrelated plot about the human extremes of emotion.

Kevin Bacon. He’s footloose in this one.

This movie isn’t flashy. It’s not presumptuous or too intellectual. It shows you that it is what it is and that’s it. An emotional rollercoaster with a happy ending. Not everything that leads up to the ending is happy, but we must all go through trials and tribulations before we see the silver lining (or get to reach it). I think this is an understated film. It’s one of those films you should own in your collection as a little bit of a “life check” for when things are bad, or even good. So I would recommend at least giving The Air I Breathe a try. It’s thought provoking. 8.2 out of 10.