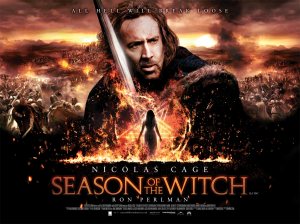 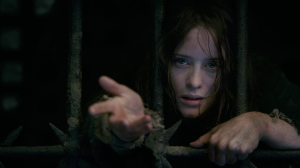 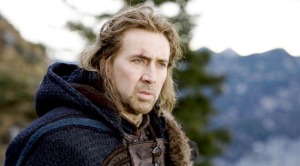 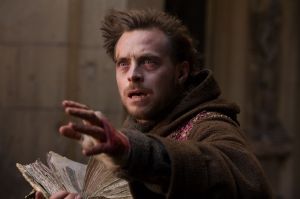 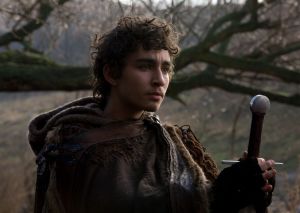 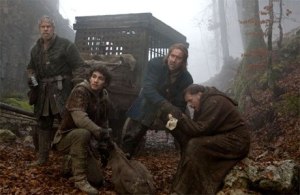 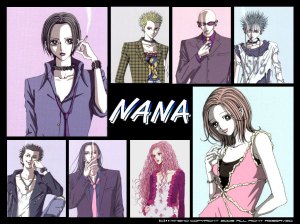 Going into this I expected slice of life, girl power anime. Coming out, I cursed the Demon Lord himself for not allowing Ai Yazawa to continue the manga that has for so long been on hiatus. Without the manga continuing, there can be no anime of epic downfall and emotional turmoil. And no happy ending for Nobu and Hachiko either… Oh well, they worked with what they had.

And boy, did they have a lot. Nana is the story of, well, two girls with the same name, Nana. Normally when I see the word Nana, I think old lady. But, in the 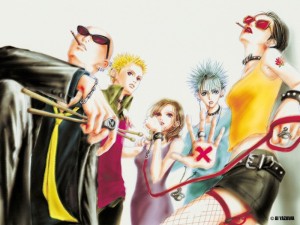 realm of Japanese anime, Nana means 7 (please stop me if I’m being redundant). And these two girls come from separate worlds. Nana Komatsu (Hachiko, her pet name meaning 8), comes from a well to do, middle class family with nothing but dreams of a happy family life with her boyfriend, Shoji. Nana Osaki is a punk rocker with no family past to speak of and a whole lot of rage and cigarettes to sing about. One day they meet on a train and their lives are changed… forever? 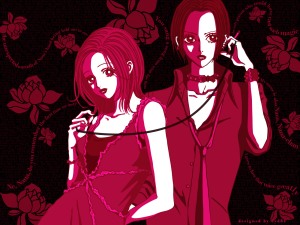 People do some great artwork for this show.

A lot of stuff happens in the span of this 47 episode anime. Relationships are founded and lost, friends are made and lost, basically, a lot of stuff is found and subsequently lost. There’s pain and anguish, scenes of sexy times, and a lot of cigarette smoke. But hidden behind that cigarette smoke is one thing. The love of ambition and love itself. Nana Osaki won’t let anything get her down and plans on beating the rivalry that is created between her band Blast! and her boyfriend’s band, Trapnest. This dynamic in itself creates problems between the bands as both sides become intertwined in a web of secrecy, seduction, and snarky conversations.

What I found great about this show was the even distribution given between the two Nana’s. Hachiko is given equal time at the beginning with her relationships and problems of fidelity and then Nana Osaki is given her time to shine as her 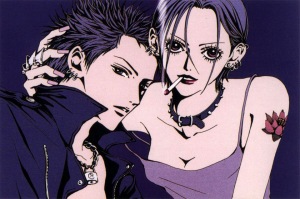 band becomes popular in Tokyo. The chance happening of meeting each other on the train and the separate lives that come together under one apartment roof is an interesting premise that is buffered with good turns and emotional climaxes. The characters are diverse and strong in their certain flaws which gives an element of a darker relationship based “slice of life” anime that is where it really hits hardest.

But there are flaws. And it’s not that flaws are bad. But all of these characters are passive. They allow everything to happen to them by key characters. Not to divulge too much, but Takumi Ichinose of Trapnest controls the last 20 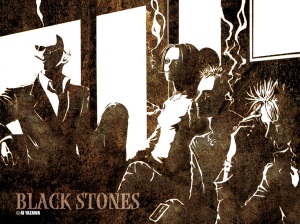 The most smoking ever. This show is adverts for smoking.

episodes of this anime. And the decisions you’d like to see happen for that happy ending don’t happen, but you are sort of okay with it at the end (other than the hiatus placed on this manga…). But the ineptitude and inability of certain main characters to function is just staggering. It makes you hate them and wish for them to move at the same time. Heartbreaking. 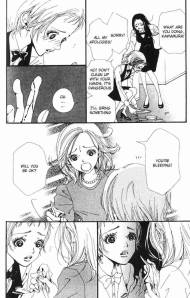 Just a taste of the manga that needs to be brougt back.

Other than that, work on your shipping skills and hope for the best for the Nana’s. The voice acting is fantastic and there’s a character for everyone to love in this show. It’s simple charm about people attempting to achieve their biggest dreams, however big or small makes for a great anime. ‘Cause, come on, who wouldn’t want to follow a band around as they become famous, being their friends and just having the ride of your life! Enjoy the amazing music by Olivia and the quirky animation and raw human emotions and talent portrayed by the voice actors (subbed for this one). I give Nana more than just a 7, I give it an 8.1 out of 10. Recommended for anyone interested in life and love.

And here’s a little taste of the music of Nana in this first opener.