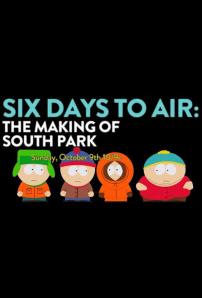 Fruits Basket: The Zodiac for Girls… and Guys

I’d seen an episode of this a while and at the time I didn’t think much of it. I thought, “Okay, this shows quite… interesting. People hug each other and turn into animals. Okay…” Little did I know I just needed to give this show a bit of a chance and it would all be good.

Fruits Basket is a show about a little orphan girl, Tohru Honda (Laura Bailey) who stumbles upon a house belonging to Yuki Sohma (Eric Vale) and his two cousins, Shigure (John Burgmeier) and Kyo (Jerry Jewell). Little does Tohru know that Yuki and the rest of the Sohma family have members who transform into the 13 animals of the Chinese Zodiac when hugged by the opposite sex or put under stress. An odd plot device, I know, but for this, it works out marvelously.

Sohmas with their daily life. She encounters several of the other Zodiac members along the way, and the end of this anime (never to be continued, it deals with only the first 8 manga) leaves us heart-wrenched and begging for more.  I won’t divulge any more than that when it comes to the plot, but it’s worth a shot for a watching.

I know what you’re thinking. At first this anime sounds a bit gay. True. It is a Shojo manga. (For my audience, a Shojo manga is an manga/anime geared towards girls 10-18.) But when I watch anime, I go in with an open and interested mind. And this one was just fine. This anime has great humor, a reserved, cute, yet melancholy feel and art style that mixes the humor and warm feelings with a bit of sadness. Not a lot happens in the way of action or violence, but it’s the characters and their stories that fuel this anime, and that always works well.

Besides this, there are some great voice actors that appear in this. The second I saw the list, I thought, “Yes. Not gonna watch this subbed.” We have Chistopher Sabat who does a hilariously good job. (I’m not gonna say who plays what, it would give away the fun of discovering which characters are what animals and such.) As I mentioned before, Eric Vale (my favorite, TRUNKS) is fantastic along with a good opposite to him, Jerry Jewell, the always pissed off character actor. One of my favorites in this anime is John Burgmeier, he was fantastic as Shigure and became my favorite character almost instantly. His voice really added a great warmness quality to the character with that bit of outlandish perversion. There’s Kent Williams, who always does a great job. (I mean come on, Eri’s Butler in School Rumble?) Aaron Dismuke also makes a great appearance in his pre-puberty days and Mike McFarland has a great episode that kept me laughing the whole time. (I’ll just say cross-dressing apologizer.)

The songs were great, the plots of every episode were endearing, and the comedy was fantastic. This glimpse into the life of animals and relationships is really a worthwhile watch. 7.5 out of 10.

Flight of the Conchords Season 2: More of the Same 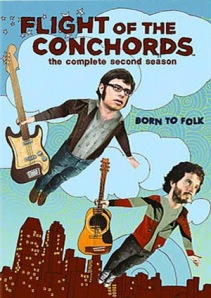 Aaaaaaaannnnnddddd here’s the review for the second season of The Flight of the Conchords, Season 2. I know you’re thinking, “Hey, this idiot just recently reviewed the other season. He must have no life to review one right after the other.” On some level, cynical version of me, you’re right. I don’t. Part of the life of a college student. But anyways, on to F.O.T.C.

So the beginning of the season starts off with Bret and Jemaine down in the dumps as Murray has taken his Crazy Dogggs to the next level (Yes, 3 G’s) and has gained international fame. This is cut short of course and the guys return to the drudge of the life as a no-name two man novelty band. We get hilarious plots like Jemaine selling his body as a prositute, Bret forms a gang, Jemaine dates an Aussie, and Bret gets freaky. The show ends on a downer note. Flight of the Conchords, for some strange reason, lost its funding and most likely won’t be back. The show ends with Jemaine and Bret back in New Zealand, returning to their lives as shepherds, along with Murray on his tractor. The last episode is great, purely for the homage to Stomp!.

All I have to say about this show is it’s more of the same that comes from the first season. Great guest stars and songs. We get a hilarious Korean karaoke song, Sugalumps, the Tough Brets West Side Story song, Too Many Dicks on the Dance Floor, and even Hurt Feelings (the hard and the soft version are both great). Some people may say that they’re not rappers, and that may hurt their feelings, but these guys are comedians and musicians beyond most others. They have a great humor about them and I hope they find success in their future and beyond. 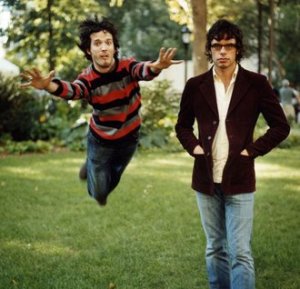