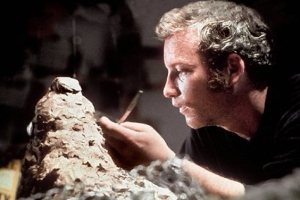 The Adventures of Tintin: The Best

Just to let everyone know, I’m about to rave about how good this movie is. I’m already gonna give this a 10 out of 10, no worries. I’m gonna give this best animated film of 2011. As if there was any competition. I’ve been reading Tintin graphic novels since I was a wee lad. This stuff, pardon my French, is my shizz. I love Tintin and his trusty wire fox terrier, Snowy. Captain Haddock is hilarious with his alliterative swear words. The mysteries are fun and engaging for all ages. And this movie EPITOMIZES everything that was good about the comics. I can’t think of a single book/comic/graphic novel that completely translates a movie from the work that you loved. (If you can refute this statement, post one. You can’t, but you can try.)

From the amazing minds of Steven Spielburg and Peter Jackson, the story of the ace journalist/detective Tintin comes

Tintin and Haddock, on the adventure.

straight from the first comic. The meeting of Haddock. Flawless. I felt I was re-reading the first graphic novel. Page for page. In 107 minutes, I was taken into a world I could completely believe in. A world I wished I existed in since I was 9. Now this has been a ridiculously good year for Spielburg. He directed The Adventures of Tintin and War Horse. One is a heartwarming story about a horse getting Oscar buzz, the other is an amazing story about the greatest hero of all time, and it was judge by its earnings in America. Come on, are you serious? Let’s see… Oh my, it made a measly $10 million domestically. It floundered here in the U.S. Hmmmm… $270 in foreign box offices? It just looks to me as if people abroad (where Tintin originated) appreciate it far more than those here who lack a bit of ecclesiastical appreciation. I’m not blaming anyone, it just goes to show we need to publish and distribute more Tintin comics here.

How great does that look? Bell and Serkis, experiencing innovation.

Back to Spielburg. (Sorry Peter.) Along with these great directing jobs, Spielburg executively produced 4 T.V. shows (one of those being Terra Nova, getting some buzz there, the other big one, Falling Skies) and a series of big blockbuster movies. Those being Cowboys and Aliens (need to see), Transformers 3 (eh… no), Real Steel (big no), and Super 8 (HELL YES). Toss in War Horse and Tintin and you got a sextuple threat right there. I’d call that a year of bank. But I guess that’s not to try to detract from Peter Jackson’s contribution. Jackson has The Hobbit: An Unexpected Journey two parter to look forward to releasing. That’s gonna do just as well as the LOTR series for shizzle.

What other names can I boast about related to this movie? Well, there’s John Williams on the orchestra chops. Check out about every single Spielburg/Lucas movie and you’ll find J. Williams name tagged on there. Anybody who can cinematically sweep me off my feet with a recognizable build, that’s gold right there. AND THE VOICE ACTORS. That’s just think about that for a second. Voice actors. I know they’re acclaimed actors, but they use their voices to bring this movie together. And a bunch of great names to talk about in relation to their characters.

There are no words for how incredible this is.

Jamie Bell as Tintin. Right there. That’s a big name with some great roles attached to it. The boy of Billy Elliot among other great English roles this guy has taken? Fantastic. I used to do my own English accent in my mind to pretend I was Tintin, but now Jamie Bell’s voice will forever signify and epitomize who Tintin is. Andy Serkis and Captain Haddock. PHENOMENAL. I’ve never known an actor who can throw out a cacophony of voices and make them all sound legitimate. His drunken Scottich drawl is just exactly what Haddock ordered. His buffoonery and hijinks really carry the story along, as Tintin and his levelheadedness truly get them out of some sticky situations. Here, get this. Daniel Craig AS THE BAD GUY. Who saw that coming? Playing the nefarious Sakharine/Red Rackham, Craig really steps it up by expanding his acting chops inside a recording booth. Nick Frost and Simon Pegg as the Thompson twins? I’ll take some of that. They were funny in the comics and in the movie as well. Spot on. Toby Jones as Silk the pickpocket? I thought at first that he would be Professor Calculus when I first saw him, but that wasn’t the case. (Professor Calculus was supposed to be in Red Rackham’s Treasure, but only introduced.) Even Mackenzie Crook, side star of the Pirates series as the wooden eyed lackey and star of The Office (U.K.), offered his voice as Tom, one of the lackeys of Haddock’s former crew. And, get this as well, even Cary Elwes, star of Saw 1 and The Princess Bride, lends his voice as a minor character! (Look for him as a pilot on the biplane!) Everyone English wanted to get in on the action of Tintin! 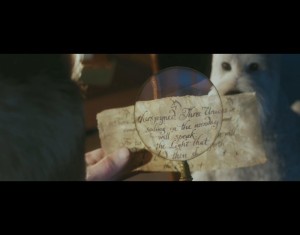 Let’s talk about the animation! This new age of 3-D digital animation is just phenomenal. Anything can be done with today’s technology. I would give this movie and the recently made L.A. Noire game the tops for this category of innovation. When you can make iconic cartoon characters seem real and RESEMBLE the voice actors who play them? Kudos. I will give a standing ovation to that. The amazing attention to details with shadows and minor costume effects and the tiniest of details is just mental. You have to really care about the work you’re doing to be that good. And I’m sure all the people that worked on this movie were.

There are so many great comedic/fast paced action sequences in this movie as well! The scenes on the Karaboudjan ship and the flashbacks to the Haddock/Rackham fight were epic (and I don’t use epic lightly). And the final chase scene at the end are the epitome of badass. Even the final battle between Haddock and his ancient rival are just too amazing. Bravo on all accounts of action. 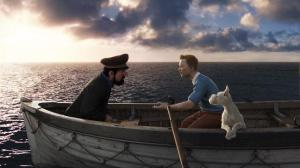 I gotta tell ya, there is just no end to my love of this movie and Tintin and all his adventures. I hope they make a movie for every single graphic novel. The start up of every story is great. Tintin stumbles on some piece of history and it ties him into a dangerous adventure that will test his mind and body. He should be every young man’s hero and role model. And speaking of young children, I was happy to see how many parents took their children to see this movie. It’s age appropriate and wonderful for the entire family, young and old alike. It has everything and leaves you wanting more. The entire time. I can’t get over it. A 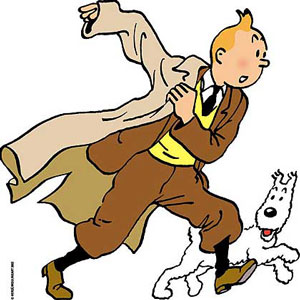