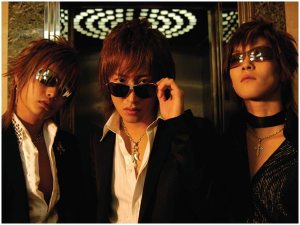 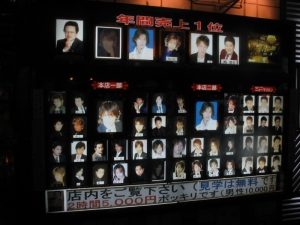 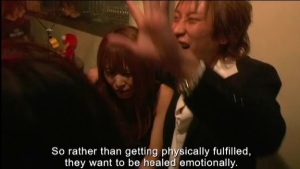 Ouran High School Host Club (Not as strange as I thought)

So recently, as I’ve been constantly doing, I watched another anime. It’s one of my girlfriend’s favorite, and I thought, hey, sure, why not? Yes, it was Ouran High School Host Club, and I was a bit confused at first. But if she hadn’t prepared me already for what was going to happen with School Rumble, I would’ve been lost beyond belief. And I wouldn’t have enjoyed it as much as I did.

So here’s the story. I feel it only holds constant for a few episodes and then the rest of the show is left to its own devices. But, I digress. Haruhi Fujioka, (Caitlin Glass) is a “commoner” student, allowed to attend Ouran Academy, a very well to do school full of the social and economic elite. Through her merit, Haruhi is allowed to attend, finds the Host Club, and embarks on an endless list of shenanigans that left me laughing with confusion. (The initial plot is that Haruhi breaks a vase that is quite expensive that the Host Club owns.)

First impressions. This show is quite homoerotic. The Hitachiin twins, (Voiced by Todd Haberkorn and Greg Ayres) Hikaru and Kaoru, give off the distinct impression of homosexual taboo incest. Played up to attract more girls, granted, but still rather hard to swallow. The comedy in this show is quite ridiculous, typical of anime, I find. (i.e. weird comic faces, strange noises, etc.) But over time, I find it to be quite funny. I always laugh when Tamaki (Vic Mignogna) mopes in a corner after facing some sort of ridicule. The comedy when it comes to Haruhi’s commoner status is hilarious, especially when the Host Club visits her at home and at the trading expo.

OH, AND DID I FORGET ONE VERY IMPORTANT THING?!?!? Haruhi, to pay back her debt to the Host Club, must dress as a boy. And although nobody else can apparently tell, she has short hair as some girls do, and is voiced by Caitlin Glass. Oh well, it’s a nice comment on the role of gender. There are a few episodes concerned with Tamaki’s and the twins’ feelings towards Haruhi,  and the discovery of Haruhi’s gender by others, but it all works out in the end. Trust me.

One thing that stands out to me about this show is the all-star American cast that voices the members of the Host Club. As I already mentioned, Caitlin Glass does a great job as Haruhi, the gender bender. Vic Mignogna, who I had the pleasure of meeting a week ago, is incredible as always as the flamboyant Tamaki. Along with the twins to round out these powerhouses, we have J. Michael Tatum as the money-crunching Kyoya, who in the end, becomes my favorite character. Honey is done fantastically by Luci Christian, a voice she also uses for Tenma from School Rumble. And last, but not least, Travis Willingham creates an amazing dynamic character with his “Hmm’s” and “Ahhh’s” and “Ahem’s” as Mori, Honey’s “protector.”

And if it wasn’t good enough, the guest appearances by voice actors like Aaron Dismuke, Christopher Sabat, (AMAZING) and Brina Palencia, it makes for an episode by episode guest star that is hard to top for any show. Yes, I quite enjoy voice actors and love following their bodies of work.

The humor’s great, the voice acting is superb, and the guys are metrosexual. What more could you ask for from an anime? Definitely 8 out of 10.