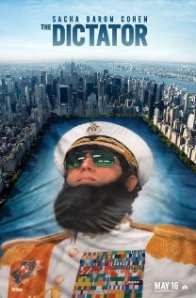 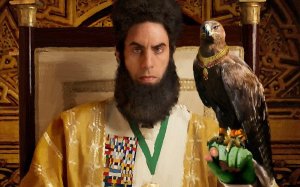 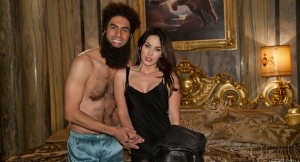 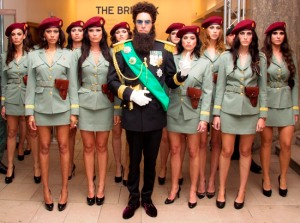 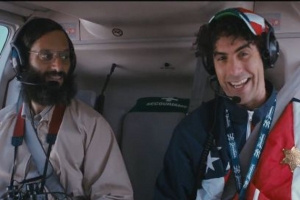 So there are very few reasons why this movie was at least decent. But the biggest reason this film flopped, straight up, is Jack Black. His atrocious act of not acting is what plain and simple killed this movie. It might’ve had a chance at being a decent children’s film if it had been any other comedic actor. Hell, Paul Rudd (my favorite comedic actor) would’ve made me buy this film before I watched it. It would be more

entertaining with Cedric the Entertainer. I think this was Jack Black’s attempt to make a bit more bank on another terrible children’s film. I dread the day that Kung Fu Panda 2 comes out. And that’s soon. Ugh.

Besides Jack Black, there were some decent actors in this film. Jason Segel pulled off a more than decent English accent, which I commend highly. He is, I would say, one out of three actors that made this film okay. (It was only 85 minutes long, but any scene of Jack Black alone was agony.) Emily Blunt

You capture that Princess, Chris O'Dowd. You rule.

was quite beautiful and charming in this film, and, not having seen a lot of her films, this movie didn’t destroy her career. And, most importantly, Chris O’Dowd of The IT Crowd was in this film. He is, quite literally, the backbone of comedy in this film. He had more comedy in his moustache in this film than Jack Black had in his entire, gelatinous body. (And he was 100 times their size.) He was cynical, and always in the position of protagonist, and it worked out great for him. I’ve never seen him in a villainous role, but this was great. He keeps getting better.

Okay, now I should probably fill you in on the plot. Lemuel Gulliver (Jack Black) is a mail room clerk who wants to impress an editor at his work, Darcy (Amanda Peet). In order to do so, he fakes a travel piece, and then travels to the Bermuda Triangle to do a piece on the area. He is sucked into a reverse whirlpool and lands in Lilyput, the island of the small people. There he meets Princess Mary (Emily Blunt), her soon to be husband General Edward (Chris O’Dowd) and her father, King Theodore (Billy Connolly). He’s imprisoned, released, and saves the town with the help of fellow small person and Princess Mary’s true love, Horatio (Jason Segel). And that’s basically it. 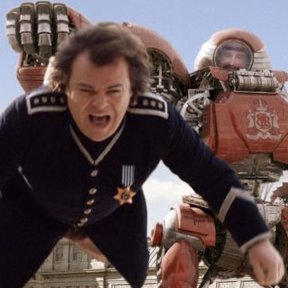 Wedgie the shizz out of that waste of time actor.

I give this movie credit for one thing besides the supporting cast. The effects. In whatever way they had Jack Black interact with the small people, it looked spot on realistic. The interactions looked real, I mean. The tiny sets meshed perfectly with the close up shots on the smaller characters and the set uses were interesting. So I give the special effects crew a lot of credit for really creating a backbone for some of the comedy. (i.e. Urine fire) So, accompany that with a great performance from Chris O’Dowd and you have yourself a barely B-rated kid’s comedy. 4.4 out of 10.