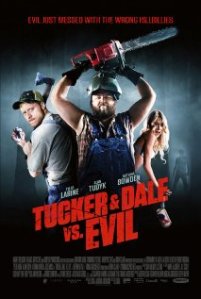 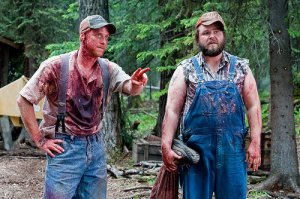 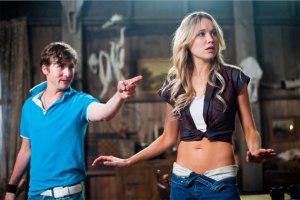 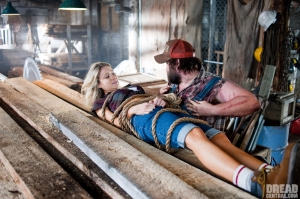 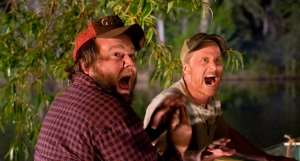 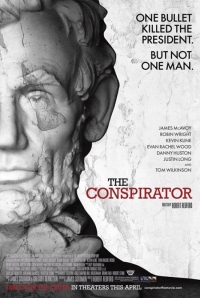 I didn’t know much about this movie as me and my family sat down to watch this Robert Redford film of drama. I thought, “Hmmm, James McAvoy? Courtroom drama? Civil War Era? I’m in.” Always having had an interest in the courtroom (I love The Rainmaker.) and becoming a lawyer, fighting for equal representation, this movie piqued my interest once again. And the injustice of another trial was the perfect setting for this film of one of the biggest conspiracies in American history. 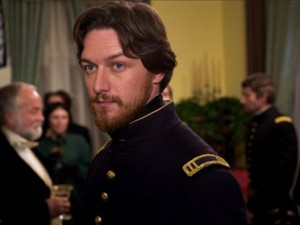 Northerner that has found his place in the martial court of the newly reunited United States of America. Prejudiced like so many against the South, Frederick hesitantly walks through a newly formed Union, as if on eggshells. And then one night it happened.

President Abraham Lincoln was assassinated. John Wilkes Booth (Toby Kebbell) the man who pulled the trigger, escaped on the only bridge opened that night in D.C., and 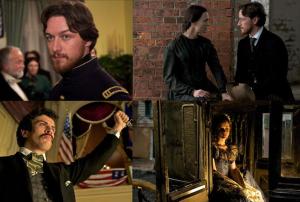 Some wonderful images from The Conspirator.

was subsequently shot by his pursuers. It was not this man alone though who crafted one of the worst killings of all time. Also implicated were a dozen other men, including one Mrs. Mary Surratt (Robin Wright). It was at her boarding house that those men, with or without her knowledge, plotted a beloved President’s assassination.

In conjunction with Mary Surratt’s case, Aiken must defend a woman who he finds detestable, a Southerner, and do it with all the equality he can muster. With inner turmoil, a D.C. village who outcasts Aiken for his ability to abide by justice for all citizens, and a government attempting to hang a woman out to dry for her boarding house/son’s doing, this film full to the brim with injustice. And like it or not, the ending with frustrate the shizz out of you. And, despite this harrowing fact, I thoroughly enjoyed this film. 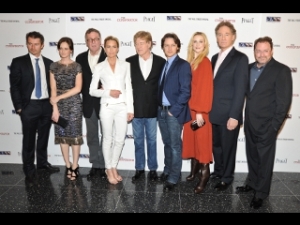 Just some of the great cast from the movie. Chillin'.

Why, you may ask? The actors. And surprisingly, a bunch of English actors parading about as Northerners and Southerners of America. It appears as if Robert Redford found their caliber of acting to be far better than that of an equally good American counterpart. But that’s besides the point. Let’s talk about James McAvoy. This wonderful actor really took a role that spoke to me and my own beliefs. He attention and hold to justice was admirable and honorable all in one. Despite the persecution he felt from his contemporaries, he fought fairly for Mary Surratt and her unfair incarceration and foreboding hang date. And Robin Wright herself was a beauty to watch on film. Her prim and proper character fought for her son and daughter and the injustice that was done to her was denied until the end.

Other notable people? Of course there are lots. Kevin Kline played a key, behind the scenes role as 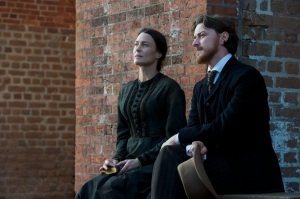 Edwin Stanton, Secretary of War and initiator of the Mary Surratt trial. He knew his Northern counterparts demanded a scapegoat, some form of justice, and he gave it to them. Tom Wilkinson played the helpless Southern Marlyand lawyer in charge of Mary’s case who had to decline taking it on the grounds of his bias. His noble stature as Reverdy Johnson stood out to me, despite his cowardice. Evan Rachel Wood played a solidly respectable Anna Surratt, the daughter and poorly mistreated girl that Aiken came to respect despite her ability to turn in her brother. And Danny Huston played a fantastic antagonist as Joseph Holt, the prosecuting attorney and lowlife scoundrel. 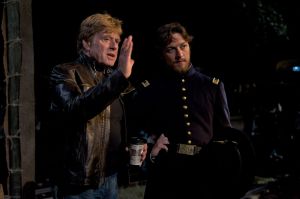 A film to be remembered.

The list goes on as is expected from a Redford backed film, and I appreciated the attention to detail in costume, characters, and time period. For the love of God, we must talk about the lighting! It was superb. If any detail in a time period without electricity needed paying attention to, it was this. The lighting in this film blew me out of the water. It literally blew my mind how a film could still function with minimal lighting and dust floating through the air, and make it seem so so so so so authentic. It was superb and caught all of my attention, as if the trial was taking place just right in front of me. The town felt like a suburb of D.C., and all actors carried resemblances of their Civil War characters. If any period piece film about the Civil War need be watched other than Glory (that most important #1), it should be this one. 9.5 out of 10.