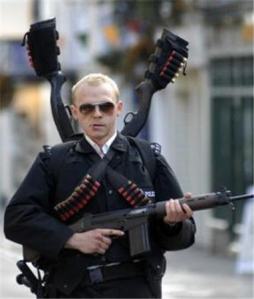 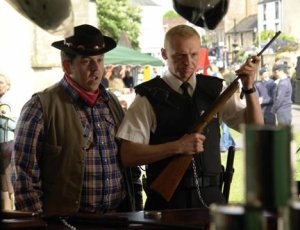 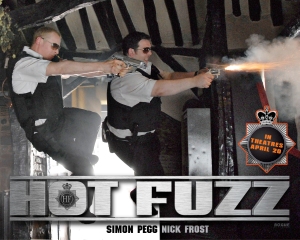 It’s been a solid week since the last post and I’m ready to get back into it after a great spring break. Speaking of spring break, I saw The Adjustment Bureau over break. Let me tell you, it did not disappoint.

This movie is coming from first time director, second time producer, and fifth time screenplay, George Nolfi. Not familiar? Well, this guy is a pro with Matt Damon. He’s written the screenplay for three of Damon’s movies now. (Besides Adjustment, he’s done Ocean’s Twelve and The Bourne Ultimatum. Great stuff.) With all this work with Matt Damon, why wouldn’t Nolfi choose Damon for this movie? Besides Matt Damon’s acting chops, he can pull off the occasional (more than that) move in any of his movies nowadays.

This movie is quite great. If I had to compare it to anything, I would call it a more realistic version of Inception, with quite the romance on our hands. David Norris (Matt Damon) is a hood thug turned politician running for senate and seemingly winning. After a scandal, Norris decides to throw in the towel and take a job at a big company instead. And all this after meeting a girl, Elise (Emily Blunt). Months pass and Norris and Elise happen to run into each other on a bus. But was it just chance? Or are there bigger powers at work here?

David and Elise are tossed into a wild chase involving the aptly named “Adjustment Bureau,” giving rise to the question of whether or not we’re actually in control of our own lives. I would beg to differ and argue that some people are destroyed by their fate, but that’s a whole different story.

Okay, so what stood out to me in this movie is the tastefully done special effects, intermingled with great cinematography. The effects aren’t too flashy and all up in yo’ face, they stand respectfully  behind the cinematography, as should be expected. With this base, we have on top of that some great acting. Of course, Matt Damon, Emily Blunt. But the two who really sold it for me was Anthony Mackie and John Slattery. Slattery of course gets his acting chops from Mad Men, but what surprised me in this movie is how y0u’re not really supposed to like him, but he still comes off as that cool customer you wish you could be. In direct opposition to him is Anthony Mackie, another Adjustment Bureau agent who has followed Damon throughout his life. Looking back on his career, I’m surprised I’ve missed Mackie, but now I’m sure I’m going to go back and check him out. (i.e. Notorious as Tupac, The Hurt Locker, Freedomland, and Half Nelson.) He’s been doing great work since about 2002, and it’s always great to find those actors who fly below the radar.

Only problem with this movie? TERENCE STAMP. Hollywood has got to stop letting this guy act. Seriously? He takes the most random roles that forces me not to be able to take him seriously. Come on. Yes Man? No sir.

This movie is a good one. With a great script, good direction, and great acting, this movie was made to do well. It leaves you with a great message in a not so familiar way. But you do have to ask yourself, would I change my fate for love? 7.7 out of 10.