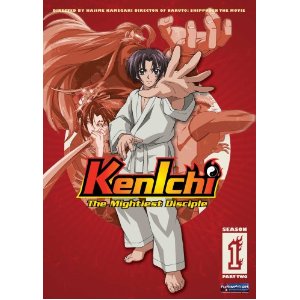 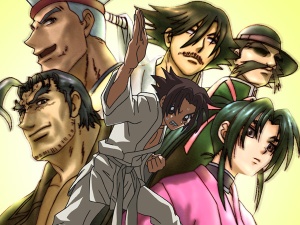 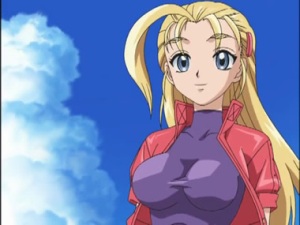 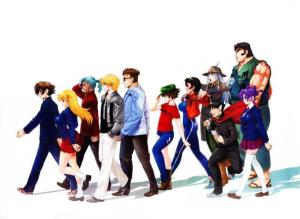 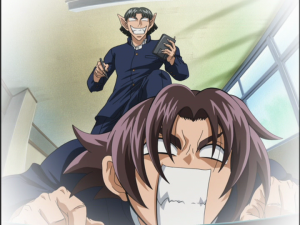 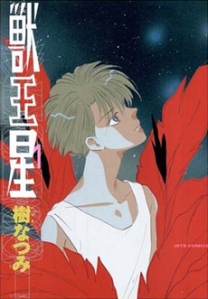 This 11 episode anime was a little break from the monotony of the longer, 26 episode anime I’ve recently been watching. Found on Hulu (and thank you Hulu for providing anime to a small portion of your viewing audience) I watched this one rather quickly, quite obviously. But I watched it quickly due more to the fact that it was so damn fascinating. I read that this was a highly overlooked anime due to its unconventional length and plot. I don’t know necessarily how to classify the genre of this anime, but I would consider it of a sort of sci-fi doomsday with a sort of revelation coming of age story. Classy.

This story centers around two twins, Thor and Rai (both voiced by Alison Viktorin). Having been born on the Balkan galaxy system (150 light years from Earth), the lead a more secluded life on a outlying planet meant only to be an

imitation terraform of Earth. It’s been 250 years since humans left the planet and life has unusually declined in this new living environment. Odd, but at the same time an amazing twist for this anime. Thor and Rai are two young boys who, as is now the fashion, won’t see much past 40 or 50. Not fully knowing this, the two boys plan on separate futures, both leading them back to Earth. 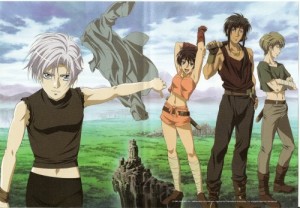 Key characters of the show.

And then disaster strikes. Thor and Rai’s parents are brutally murdered in their science lab for what appears to be no good reason. Upon finding them, Thor and Rai are kidnapped and trasported to the prison planet Chimaera. Meant for the wicked and despicable of the Balkan system, these two must survive a bevvy of human killing plants and wildlife that threatens to consume them at any point.

And wouldn’t you know it! Rai is taken into the belly of a Belasoma and killed within the first 10 minutes of the show. Now that’s something to admire. An anime that’s not afraid to kill of an important character in the first episode. Although there are constant flashbacks to this loss, Thor (now as a slightly older boy, voiced by Sean Michael Teague) must fight to become the Beast King and escape Chimaera in order to find his parent’s killers. 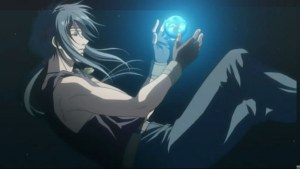 With this interesting plot in place, a slow, yet steady forward progression was created all leading up to a climax that was reached effectively and not clicheingly at all in 11 episodes. With a great twist on the flora of Chimaera being more powerful than the humans who inhabit it, a sort of Jumanji situation is created for Thor and the other prisoners of a planet with no guards and cells, only the threat of death. Despite this threat of death, the humans of Chimaera don’t band together to stay alive. They separate into four clans who, for the most part, kill among themselves and each other. These clans are only separated by skin color (what a commentary!) and hold women in high esteem due to their being only 20% of the population. With an emphasis on the survival of the species with sex and violence, it’s quite the show to watch. 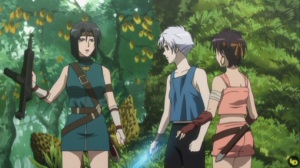 Chen kinda dropped the ball on the strong character list...

Although there are some setbacks. With this survival of the species, there comes this inner turmoil in all characters to hold onto their humanity. And, as the show progresses, it never seems that any of the main characters are in any danger. Yes, they’ve mastered a way of living on a death bound planet, but their lifestyles in a brutal world seem somewhat sercure and safe. Also, this is a prison planet. Why is there no mention of any crimes? Yes, Thor and Rai are completely innocent, but what about all the other characters? Are they there for the same reason? It may have been explained quite quickly at the end, but I’m not all too sure. 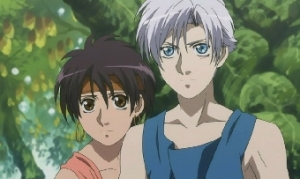 There was some fine voice acting in this anime as well. For the most part… Sorta. Sean Michael Teague seemed to be a bit too old and young at the same time for Thor as a 15 year old versus an 11 year old. His soft spoken words didn’t necessarily speak to a death hardened child, but he made up for it in the end. Tiz (Trina Nishimura) was fine, and she even reminded me of a younger Yuffie type character. She certainly looked and sounded it. Eric Vale performed wonderfully as the ambiguous character Zagi, leader of the misfit boys. And Third (Duncan Brannan) you’ll just have to watch the character he becomes. It’s quite a stirring ending of the show. And sadly, as usual, Chris Sabat’s character performed for one episode of awesomeness, and then died. So is life.

With a decent fluidity in the animation when it came to the fighting scenes (that’s a big key for me that makes or breaks my viewing experience) and great opening and closing songs, I really rathered enjoyed this anime about life in the dismal future, and find it gave me a glimmer of hope there at the end for humanity. So definitely check this out for a watch. A solid 7.4 out of 10.