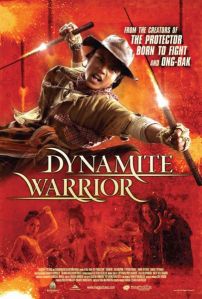 As I promised another badass Dan Chupong film, with some intense use of firepower! In this one, as it suggests, Dan 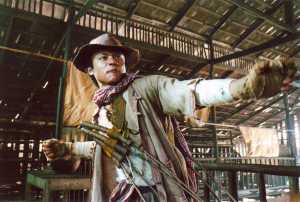 Dan Chupong. Ready to spark it up.

Chupong is the Dynamite Warrior, Jone Bang Fai (Bang is right). Appearing out of nowhere at the beginning of the film, Jone Bang Fai launches his dynamite-fueled rockets at a pack of thieving buffalo herders. With direct impacts and a few good, swift kicks, Dan Chupong dispatches the thieves and takes the buffaloes for the poor farmers who need the buffalo to attend to their farms.

And therein lies the genius behind this film. With a hint of Disney magic (from Hell), Dan Chupong becomes the Robin Hood-fox, and steals from the evil and gives to the just. With his skill with explosives and Muay-Thai, Jone Bang Fai becomes a force to be reckoned with. But not all is well in Nottingham Forest. Lord Wang (Leo Putt) has struck a deal with the American manufacturers of the West and plans on stealing all the buffalo to force poor farmers into utilizing the tractors. Did I mention this is early to mid 19th century Thailand? With this evil plan, Lord Wang plans to make a fortune and bow his little slice of Thailand to his will.

But there are a few men who wish to stand up to his tyranny. An “evil” group of magical warriors, led by Naai Jan (Jaran Ngamdee) blocks Lord Wang’s plans from seeing their full fruition. His fellow warriors, a lion and a monkey (well not exactly… they have the fighting styles of those animals…), he taps them on the head and they become lethal warriors, unable to quell their thirst for violence and blood. With Naai Jan and his fighting force, it appears they can’t be stopped. Unless Dan Chupong stands up to these behemoths of pain, no one can truly be safe. But oh, the twists.

And how many twists there are. You really have to check out the film for all the suspense and… 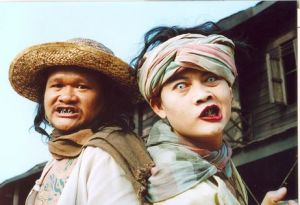 And there's these guys. Legendary director/stuntman Panna Rittikrai on the left!

unfortunately… hilarity that ensues. There’s talk of period blood, virginity, and an awkward relationship that mirrors the idea of incest. It’s all rather a freak show wrapped up into one action packed film. But that doesn’t change the fact that this film still kicks ass. Ignore the poorly dubbed acting (rather unfortunate I couldn’t get a chance to watch it otherwise). Ignore the strange overuse of fireworks. And the strange magical and mythical twists. This movie stands out with its plot and bare knuckle brawls. No holds barred, stunts and blunts, beat-down of an epic proportion film. With a crossover of the small amount of Thai action film stars, you see parallels between Dan and Tony Jaa, but it doesn’t detract from the film. It enhances the appreciation and experience. And that’s what counts with this film. It’s all about the presentation. That’s why I give the good ole Dynamite Warrior at 6.6 out of 10. 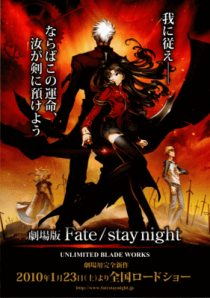 After watching the original Fate/Stay Night series, I thought, “There. Finished the anime.” And then I went back and watched the AMV (see Fate/Stay Night review) that sparked my interest from the beginning. And I noticed something odd. None of the scenes from the anime were in the AMV. And then I realized something. I felt like an idiot. The AMV’s scene were taken completely from the movie Unlimited Blade Works. And so I set to watching the movie of the anime.

I found the startling differences between the anime and the movie to be quite refreshing. The speed of the 2 hour anime in 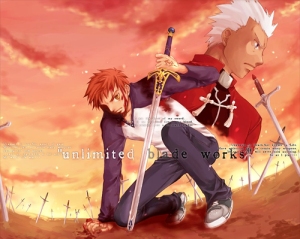 comparison to the show was quite different and forced a fast paced fighting plot to take over. (This was better because the lack of fighting in the anime is what bothered me.) Several changes are made with the fates (ironic, no?) of the characters and who ends up with who. I was expecting with the film that there would be a rehashing of the events of the anime, but with the first 10 minutes complete, it was no longer necessary.

And so, Fate/Stay Night: Unlimited Blade Works Began. Shirou Emiya summons Saber and Shirou and Rin make a pact to defeat the other Masters and Servants before themselves. There are some heartbreaking scenes (really quite sad) and some shocking twists. I really enjoyed the change of pace. Same voice actors (subbed of course) and and even better, more fluid animation style made this anime worth the watch. So check out the anime and then check out this movie. It’s worth the watch. 8.3 out of 10.

And check out the AMV one more time! 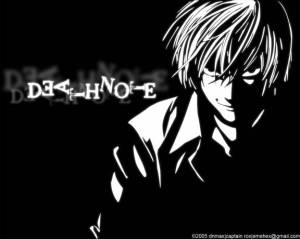 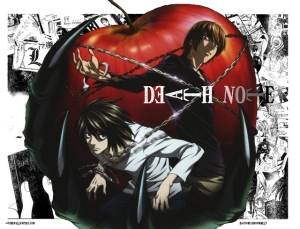 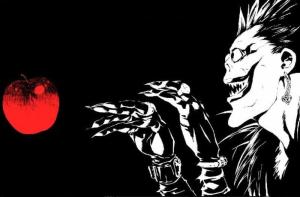 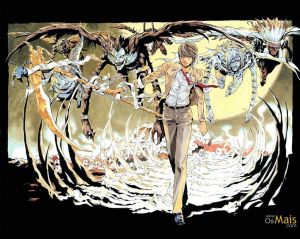 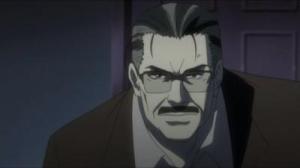 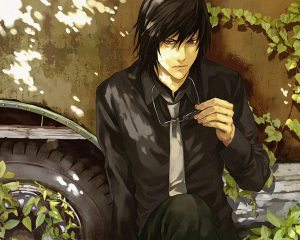 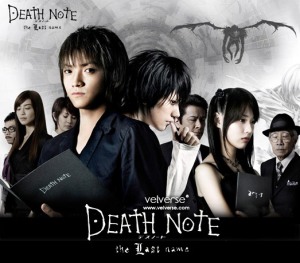