People may get pissed off at me for this one. I… laughed quite a bit at Black Swan. It wasn’t a bad movie overall, but the things I found strange or wrong with this movie made me laugh out loud, kinda like watching a dark comedy. Although this movie wasn’t a comedy. Oh well, it can’t be helped. I hope Natalie Portman never sees this post and hates me for the rest of eternity if some infinitesimal chance allows me to meet her. Let’s just keep this post a secret. 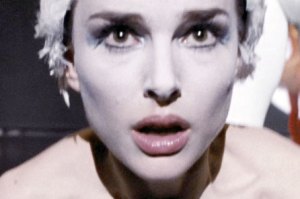 What a beautiful pout. Still in love with her since I was 9.

So this is a movie about the ballet Swan Lake. The twist? The ballet she is performing is Swan Lake and she is living out the events of Swan Lake. Oh the twist! Other than the WTF middle section of the film, yeah, it follows it pretty closely. Prince has party, Prince meets White Swan, fall in love, Black Swan tricks Prince, Prince and White Swan commit suicide for love. The end. I think it’s the liberties that Darren Aronofsky took at assuming ballet is synonymous with sex. I would sayyyyyyy… No. That is an artistic leap and assumption I wouldn’t necessarily associate.

So… plot now. Nina Sayers (Natalie Portman) is an up and coming ballerina at her dance studio. She’s nice and quiet and just hopes to make a bigger name for herself. And then her dance director Mr. French McCreepy Bastard, Thomas Leroy (Vincent Cassel) announces they’ll be having a Swan Lake run at their production company. He, like every other pompous director who thinks they’re a visionary, says they’ll be doing it differently than ever before. I guess he was going for more rape and sexy. Alright there Leroy, that’s your own choice.

Nina begs for the position and gets mouth fondled by Cassel, because for some reason in 2011, it’s still shocking for a director/boss to take advantage of his cast/employees. With all that said and done, Nina takes on the lead role of the White and Black Swan. From this point on comes some “messed up” and thriller like elements that push the boundaries of what’s real and what’s not. The arty version of The Matrix, if you will. And don’t call me sexist or naive or ignorant at this point. People can have their opinions about a film, negative or not. I can say these ignorant things because from what I’ve seen of the hundreds of movies I’ve seen before, this movie isn’t necessarily anything impressive in the way of

groundbreaking. It seems more important for me, at this point, to say how disappointed I was with this film. Because, as serious and mentally disturbing as it was supposed to be, I still laughed.

Should I talk about my problems with this film? Let’s go. I knew there was going to be a conflict when Nina’s mother Erica (Barbara Hershey) flips out. She’s bought Nina this nice big cake for getting the part and Nina simply says no, I can’t eat right now, my stomache is upset. Reasonable reason right? “Well that’s fine, don’t have any.” The music becomes serious and tension filled, she heads towards the can with the cake. A simple pleading no from Nina and you see the smile instantly and bizarrely  return to her face. I laughed. Hard. Yes, this was supposed to point out the stressed and overprotective relationship that sparks Nina’s problems in the film. But it was campishly delivered and I enjoyed it. For any Tim and Eric fans out there, this scene may tickle your fancy.

I wanted to put this next to the word “lesbian”.

All the lesbian/finger banging scenes in this film feel out of place. That’s probably because I don’t make an automatic connection in my mind between ballet and sex. For me, ballet in particular, is a purist sport. It has a set amount of moves that allow you to express a gamut of emotions. Other forms of dance, sure, why not? There’s sex everywhere at a high school dance. Just not with ballet. Nina is exploring her sexuality and, for the whole film, until she said it, I thought she was 18, maybe 21 at most. Living with her mother threw off my radar on her age and calling her Mommy (with her room and clothing choices) I assumed 18. Why would a 28 year old dancer be attempting to get big in dance? Her prime is gone. Error right there.

I disliked Vincent Cassel in this movie. I think you’re supposed to. To the extent I did, maybe was a bit extreme. Not death threat level, I’m talking more ruined any scene he was in for me. As a sex icon in the movie? Didn’t really believe it. Mila Kunis though? She was her normal, old relaxed That 70’s Show self in this one. Typical Mila out for a good time, who just happens to be a diabolical dancer. I did love

You made this movie better Winona. 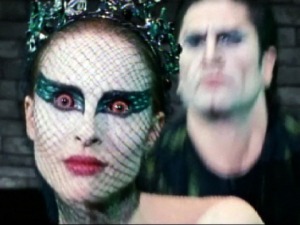 Other than that, I don’t really wanna shit on this movie too much. I just didn’t like it. It wasn’t my cup of tea. I do see how this movie didn’t beat The King’s Speech for best film. It was too edgy for the Oscar community. But it was a well done film itself. The cinematography was jarring and uncommon, something I just can’t stand. Watch this movie again and see if the still shots outweigh the fluid and nauseating moving shots. You’d be surprised. The acting for the most part is what you would expect from a movie with Oscar buzz and all that good stuff. Just not my film. And because I’m the one rating for my own interest, I have to give this movie a 4 out of 10. 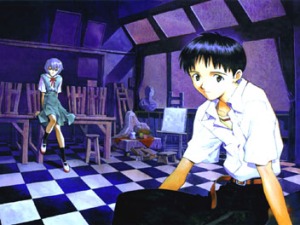