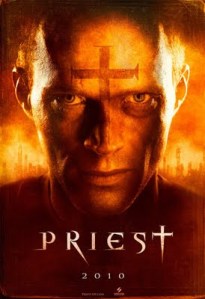 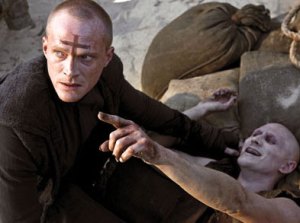 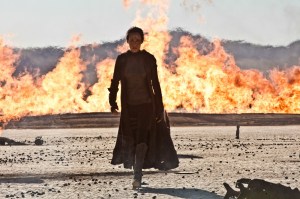 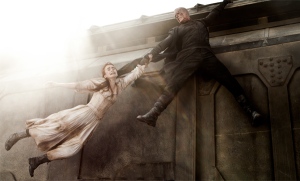 My loves in life are horror movies, metal, and science fiction. But that's not all I will be reviewing. I'm going to run the gambit on movies, music, books, and maybe a video game or two. Whatever I can get a hold of, I'm going to review, new and old. You can take my opinions if you want, but in the end, it's what you decide. END_OF_DOCUMENT_TOKEN_TO_BE_REPLACED
This entry was posted on Sunday, May 22nd, 2011 at 1:06 AM and tagged with 3-D, A Beautiful Mind, action, badass, Black Hat, Brad Dourif, Cam Gigandet, creatures, cross, daughter, dramatic actors, graphic novel, Hicks, Karl Urban, kidnapping, Knight's Tale, legion, Lord of the Rings, Maggie Q, Master and Commander, Min-Woo Hyung, outbreak, Paul Bettany, Priest, Priest's family, Priestess, romantic element, Scott Stewart, special effects, super weapons, vampire hunters, vampires, Wormtongue and posted in Movies. You can follow any responses to this entry through the RSS 2.0 feed.
« Basilisk: Ninja Powers, Anyone?
Black Blood Brothers: More Vampires »